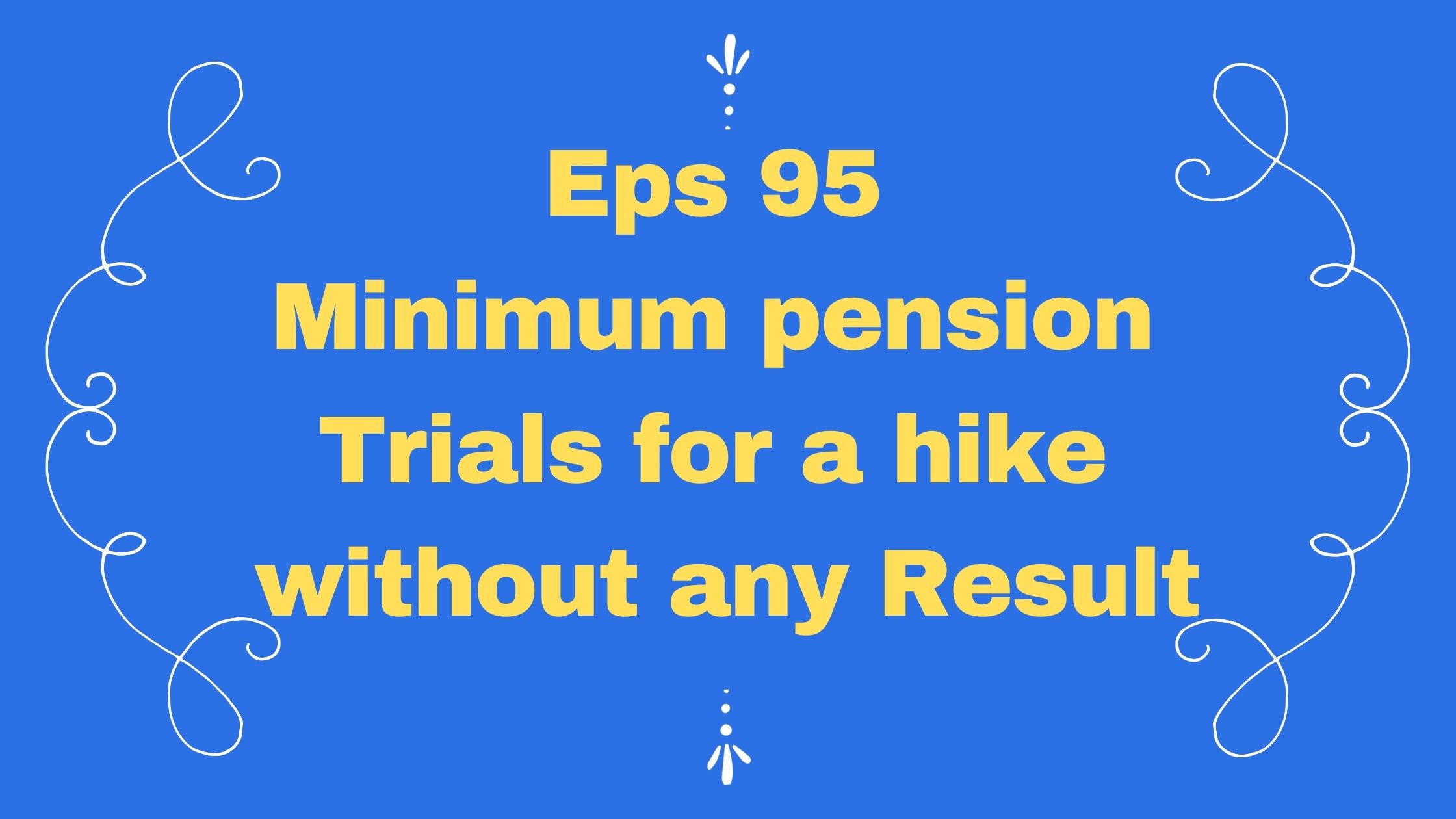 Eps 95 minimum pension hike is the agenda for every time the meeting is conducted. Eps 95 pensioners are pinning their confidence on the Delegates and Leaders Promises.

The problem was not solved even if the Minister took over the charge of the Labour and Pension portfolio.

Addressing the meeting, District President Bareilly Sudhir Upadhyay said that a decision will be taken soon by the Government of India on our demands. Hon’ble Labor Minister Shri Bhupendra Yadav ji has assured the delegation of EPS 95 pensioners that work is in progress regarding your demands.

Will there be an end to Eps 95 Minimum pension HIke ?

Upadhyay informed that a delegation led by National President Commander Ashok Raut ji met Hon’ble Defense Minister Shri Rajnath Singh ji on 16 September at his New Delhi residence and apprised him about the problems of pensioners. And the Defense Minister has called to meet him again.

Sudhir Upadhyay informed that he had sent a letter to Hon’ble Chief Justice of Supreme Court, New Delhi on June 01, 2021, in respect of which a message was received from Hon’ble Supreme Court on 15th September informing that the said letter has been sent by Hon’ble Supreme Court. Diary has been done as PIL and is under process. Upadhyay expressed hope that soon a big bench would be constituted for hearing in the court and we would get justice.

In the meeting, Shri Narendra Prakash Saxena while emphasizing on increasing the membership of the organization said that we have to make new members of NAC for success.

The higher the number force, the quicker the movement will achieve success. Shri Umesh Chandra Johri of National Seed Corporation explained in detail about the provincial convention held in Kashipur, Uttarakhand on 17th September.

Shri Johri said that Commander Ashok Raut ji has conveyed that our success is just a few steps away and our pension will be increased soon. In the meeting, Shri RP Sharma, VS Verma, Mahesh Agarwal etc. also expressed their views.

In his presidential address, Shri AK Arora called for starting a membership drive. He said that in the next month’s meeting, every member should take a pledge to bring at least one or two members with him.

Arora informed that soon a provincial meeting would be held in Lucknow in which further action plan would be prepared after detailed discussion.

The meeting was conducted by Shri JP Mahrotra while the gratitude of all was expressed by Shri Mahesh Agarwal.