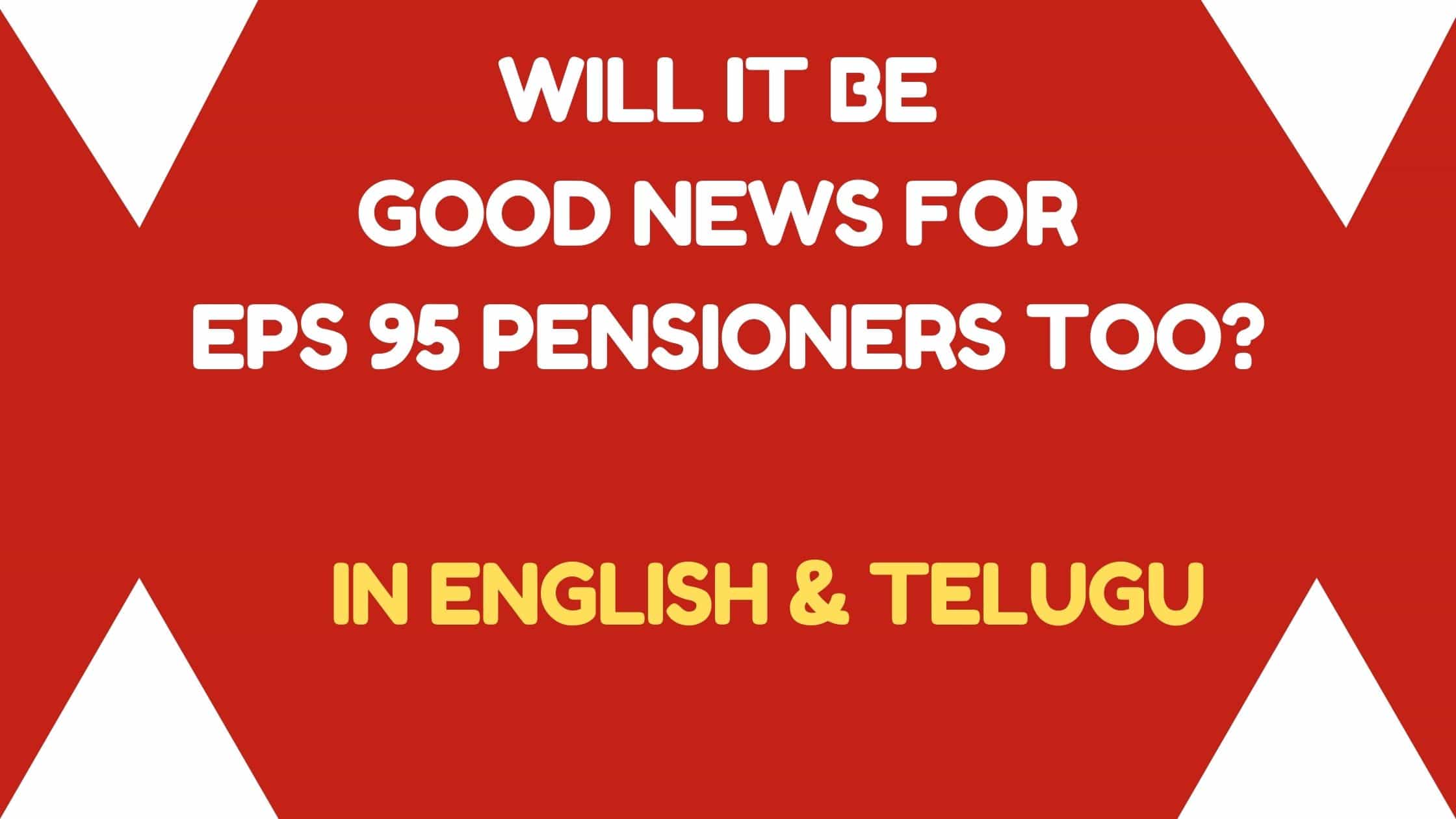 Spread the love
Table Of Contents

What is the Latest News about EPS 95?

There is the latest news in the name of Senior citizens. Obviously, the Eps 95 pensioners come under the preview of the senior citizens. There is a plan with the central Government to protect the parents being put in old age homes.

It is planned to be proposed by the Central Government that the Maintenance and Welfare of Parents and Senior Citizens (Amendment) Bill, 2019 in this monsoon session.

The Central Government is requested to recognize

Is there any increase in the EPS 95 Pension?

It is not the EPS 95 Pension presently proposed in this Bill.

In this bill, In the interest of senior citizens, the central government has changed the rules made for .

The interests of elderly parents will get further strengthened in the bill.

On Monday, the monsoon session has commenced .

In this moknsoon season, the Welfare of Parents and Senior Citizens (Amendment) Bill 2019 is discussed if every thing goes as proposed.

For a long timeIn fact, this bill has been on the agenda of the ruling government .

In such a situation, the government desires to discuss it at the beginning of the session.

Let us also make you clear about this bill.

4 months before the beginning of Corona, About 2 years ago i.e. the Welfare of Parents and Senior Citizens Bill was said to be passed in the cabinet.

The purpose of this bill is very open that to avoid parents and senior citizens from being put in old age homes.
In this bill, apart from ensuring the safety of parents, there is a provision for the welfare of their livelihood like food, drink, and accommodation etc.

The importance of this bill has increased in the current session In view of the pandemic Corona, .

The scope of children has been increased in this proposed bill.
This includes children, grandchildren (does not include those below 18 years of age).
Step-children adopted children and legal guardians of minor children also come in the preview of this bill.

Senior citizens and elderly parents will have to be paid ten thousand rupees in a month If this bill is passed, .

This amount has been decided by the government keeping in view the standard of living and the income of the parents in these days.

Also, the time to pay the maintenance rupees has been changed from 30 days to 15 days.

When EPF Pension will increase?

For increasing of Eps 95 pension, all routes are clear. That is all the committees appointed by the Central Governments have given proposal for increase of Minimum pension. There is also support of the many ruling MPs and opposition many MPs in the both the houses.

The only thing is there should be flexible and practicable proposal from the concerned Ministry and the EPFO to give a stuff to the Prime Minister to take a dynamic decision.

Also, the Prime Minister is to motivate the concerned Ministry and the EPFO to exert on the lines of positive thinking in view of the critical conditions of old aged pensioners.

The Supreme Court is going on postponing the judgement on the Eps 95 Pensioners issue. Crores of rupees to the senior expert advocates is being spent from the packets of poor Eps 95 pensioners.

Many High courts have given the judgments positively to the pensioners. Some State PF Offices have considered the higher pension. All of a sudden, the Central EPFO has given a letter to stop the higher pension abruptly.

What is the latest news about EPS 95?
Is there any increase in EPS 95 pension?
When EPF pension will increase

Not yet raised. It is still due from the Government side.

3 thoughts on “Will it be Good News for Eps 95 Pensioners too?”