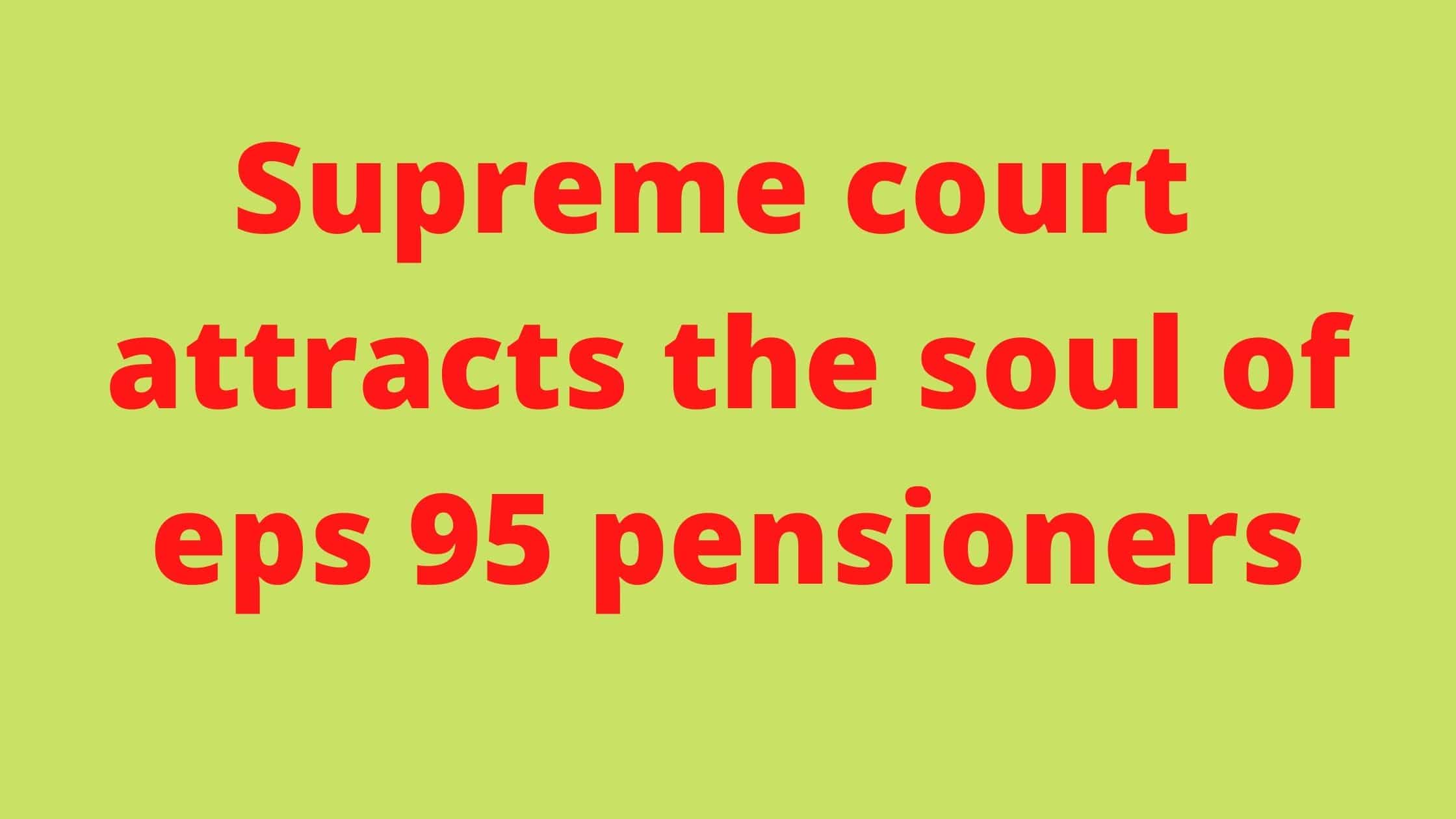 Spread the love
Table Of Contents

All about 65 lakh pensioners are eagerly waiting for the Supreme court judgment.

The Supreme court has given the date for hearing on 11.08.2021 regarding higher pension cases.

Everything was quite clear for payment of higher pension to the Eps 95 pensioners and the judgement of Kerala Highcourt was applauded by many economists and prominent senior advcocatis in India. But unfortunately the EPFO has interfered and filed a writ petition against the Kerala High court judgment.

What may be discussed in the supreme court?

It is the Kerala High court judgement, which has to be heard in the Supreme Court. It is the high time for the Eps 95 pensioners and the Supreme court. The Kerala High court judgement can easily be implemented as per the senior economists of India. There will not be any financial complications also provided they plan the blue prints of CBT Members and senior economists and experts in fund management.

There is one news in the media that the EPFO ​​had appealed not to postpone the matter as an interim petition has been filed seeking an immediate stay on the judgement of Kerala High Court.

They had argued that the pension would be increased by 50 times as per the High Court judgment and they could not recover the amount during the superintendence of the pensioners.

The EPFO is not considering any application for higher pension for the reason that the matter is under sub-judice.

After a long wait of 28 months, the Supreme Court is looking forward to hearing a review petition filed against the Supreme Court’s decision on appeals filed by the Employees’ Provident Fund Organization (EPFO) and the Ministry of Labor and Employment.

In this hearing, the top court had sought a reply within two weeks and adjourned the matter to March 23.  The EPFO ​​had requested not to adjourn the matter as an interim petition has been filed seeking an immediate stay of the Kerala High Court’s decision.  They had argued that the pension would be increased by 50 times as per the High Court judgment and they could not recover the amount during the superintendence of the pensioners.

But even in March 2021, these issues were not decided and these cases were shown the way to wait for further.

These matters can be taken up for consideration on 11 August 2021. Earlier, these matters were to be heard on July 20, but these cases were postponed till the 11th of August.
67 lakh EPS pensioners are aspiring that their long wait for full salary pension will end with this decision.
Earlier, both the Kerala High Court and the Supreme Court had ruled in favor of 67 lakh EPS pensioners.
The application for pension on full salary has been rejected by EPFO ​​saying that the appeal of the Ministry of Labor and Employment and review petition of EPFO ​​is under sub-judice.

Earlier, the Supreme Court of India had upheld the Kerala High Court’s decision on April 1, 2019, which said that monthly pension should be given on full salary from the Employees’ Pension Scheme 1995 (EPS 95).
The Labor Ministry filed an appeal against the High Court’s decision in spite of the review petition already filed by the EPFO.